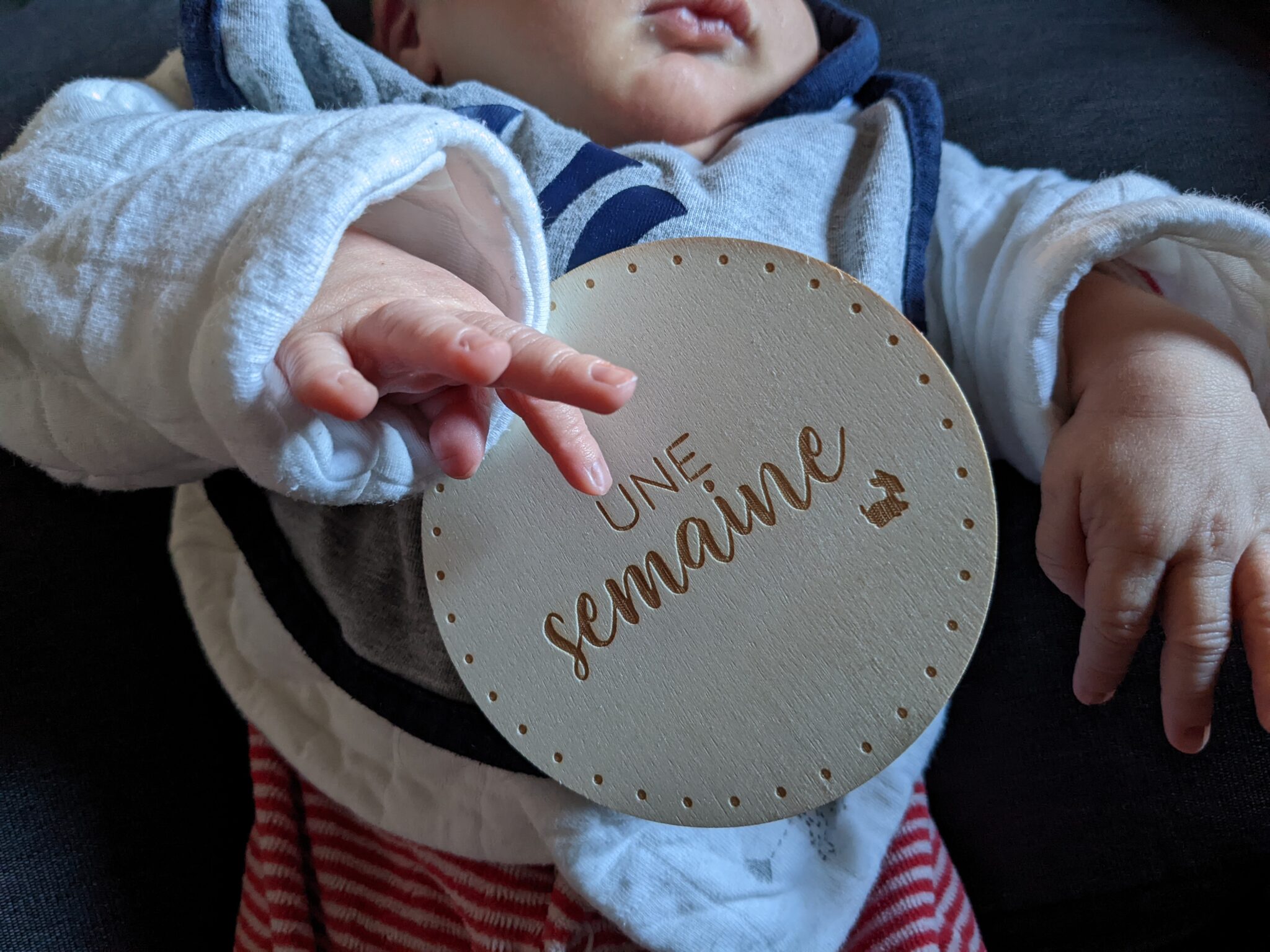 How big is the baby ?

It seems he was waiting for our affairs to be settled to come to this world. A few days before his birth, I finished preparing his bedroom, I had my business appointment with my accountant and I’ve finalized all the emergencies I had.

And on Monday, at 4 AM, I felt  the first contractions, not being sure it was really that. I had on the afternoon a monitoring at the hospital so I drove there, with all my bagages, just in case.  His monitoring was OK but my blood pressure wasn’t good. Gynecologists did an ultrasound and were worried by the baby’s weight. That’s how they began to talk about “pre-eclampsia”. They also talked to induce labor by the end of the week and changed their mind by keeping me for the night with plenty of analysis to run. In the end, they decided the induction would be for the next morning.

During the night, my contractions got closer and closer and in the morning, they triggered the induction, after thirty hours of contractions. 3 hours later, Petit F was born.

Once again, he chose the best timing possible, for not disturbing the family. My husband was able to drop the boys as usual before coming to join me at the hospital. He was able to come back home to put the boys to bed, after our friends picked them up at school and daycare. When I remember how worried I was with the logistics, everything went more than fine ! 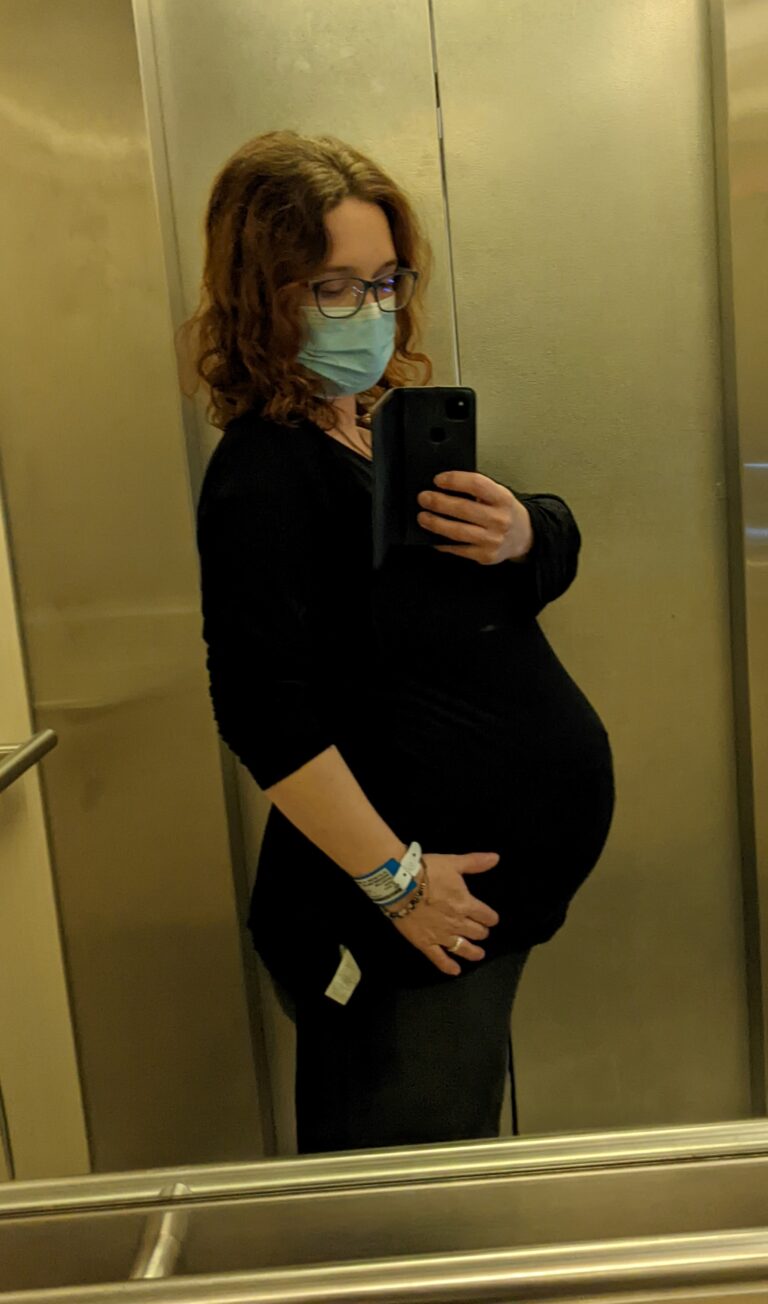 Even if the birth was long, with a lot of worries about my health, it was such a joy to go through this birth, to enjoy every moment, being aware it was my last pregnancy, my last delivery.

He arrived quickly, after only 3 pushes, all warm and chubby. I was amazed to discover his beautiful face, his pretty light hairs and enjoyed the long hours we had together, skin to skin, with a long and sweet first breastfeed.

From my previous experiences, I knew it won’t be easy and I didn’t have much hope it would succeed this time. But when I saw Petit F suckling so well, he gave me the hope to go on. His weight loss, my difficulties to find the right position and my cracked nipples were tougher than I thought..

I tried to stick to the plan I agreed with the lactation counselor, but as usual, theory and practical situations are always different.

Fortunately, my midwife and my doula helped me yesterday and, by combining their advice, I think I have some solutions to explore.

Overcoming my guilt about Little H

Because of Covid restrictions, visits at the hospital were forbidden and I couldn’t see the boy before leaving the hospital on Friday, after 5 days. Little H was quite upset by the situation and demonstrated his need to have me by his side.  Since I’m breastfeeding Petit F all the time and I try to sleep when he sleeps, I don’t have a lot of time to share with him and I feel terribly guilty and miserable about it. I know how much he needs this special time with me and it’s really hard to find a balance.

I was really scared when the interns came to me 2 days after the birth to tell me my analysis was bad and they needed to monitor my health closely. For the first time, I realized what it could mean if things went wrong and the impact it could have on my family if something bad would happen to me. Fortunately, so far, the results are quite reassuring.

So hard to choose !

I’d say falling in love with this little baby !

Watching him closely, melting with all his cute faces, smelling his baby smell, cuddling, stroking his little hair… I’m so amazed to see him so tiny, so fragile and definitly mine !

His meeting with Mr A and Little H is one of my favorite moments. Mr A is in love with him. He carries him, cuddles him and helps me as much as he can. Little H is puzzled, especially when Petit F is crying and he tries to touch him several times. Seeing these 3 brothers together is the most beautiful vision I had this week !

Tonight is my first “me time” moment since Petit F was born. I really enjoy these few hours writing and thinking about this first week of postpartum I lived through !

I am impressed by my body recovery.

Despite the stitches, the bleeding or the back hurt, I believe I feel better than for Little H, 4 years before. At the hospital, osteopaths came to help me for my back. Maybe that’s the reason ?

Even the water retention went away quickly after many night sweets.

Of course, my shoulders hurt, my milk flow is hard, especially with crevices. And of course, I’m exhausted and I’m on an emotional rollercoaster, crying, smiling at the same time. To sum it up, I’m 100% in the postpartum.

Diabetes is gone and I try to nourish my body the best as possible to help with breast milk. My husband cook and after the days at the hospital I’m really happy to find nutritious vegetarian food with plenty of whole food and vegetables !

The only difficulty right now is the impact of the dairy product on my arthrosis. I will have to find another source of calcium.

For now, my support team!

My husband deals with the boys, their appointments and the meals. Since I spend all my time with Petit F, it’s essential !

And my doula is so valuable in this first week of postpartum! I can ask her anything, share my worries and her support really helps me these days.

Each pregnancy is different and each postpartum is unique too. I thought I was prepared using my past experiences but it seems each situation is quite different to my past ones and Nature remains in command.

My 7th week of pregnancy

Using sign-language with your baby