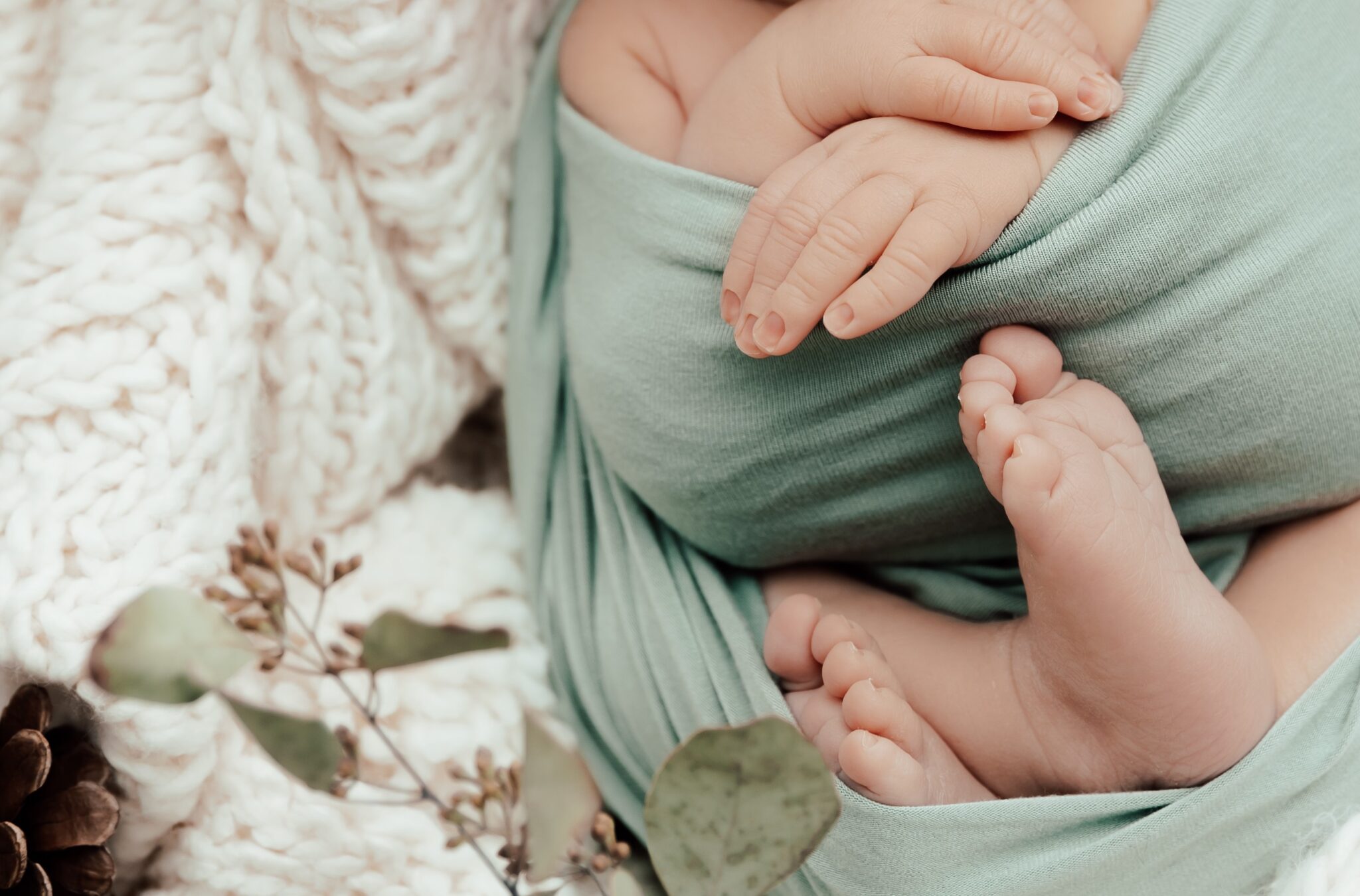 How big is the baby ?

We sent back the scale last week so we don’t have a weight yet. But since his pajamas are too small he must have grown so much ! Next week’s medical visit will tell us more !

Petit F is either a vampire or he lives in another time zone.

He usually wakes up around midnight and gets asleep around 7h am. In the meantime, he eats a lot, cries and dozes off. Obviously I can only sleep a few hours and I sleep mainly in the morning to get up only at midday. I’m totally jetlagged with the boys and the real world. That’s my husband who is in charge of the kifs and the meals.

Besides, Petit F is changing so much !

He wakes up much longer now with beautiful smiles, a lot of cute faces and noises. When he is in my arms, he stands up and stretches (and shows how his one month size pajamas are too small now). When he is lying on his stomach, he is able to stand up on his hands and roll his head from one side to the other. He is so tonic !

And I still marvel at watching him. I’ve just noticed he bears the family dimple !

The exhaustion makes our communication difficult and increases the reason to argue and fight each other, usually for silly things. I believe we are at the postpartum turning point.

We also had an incident with Little H and Petit F. Fortunately, despite the fear and the trauma we had, the emergency unit calmed us down  and there were no bad consequences. But now, we have to be even more watchful.

At the end of the week, I had my third Covid 19 vaccine injection. If I had no reaction before, I was so sick this time. I couldn’t get up from my bed, nor take Petit F in my arms. I spent the night shaking like a leaf while suffering from hot and cold with strong headaches. It took me more than 24 hours to get better and I felt so exhausted after that. 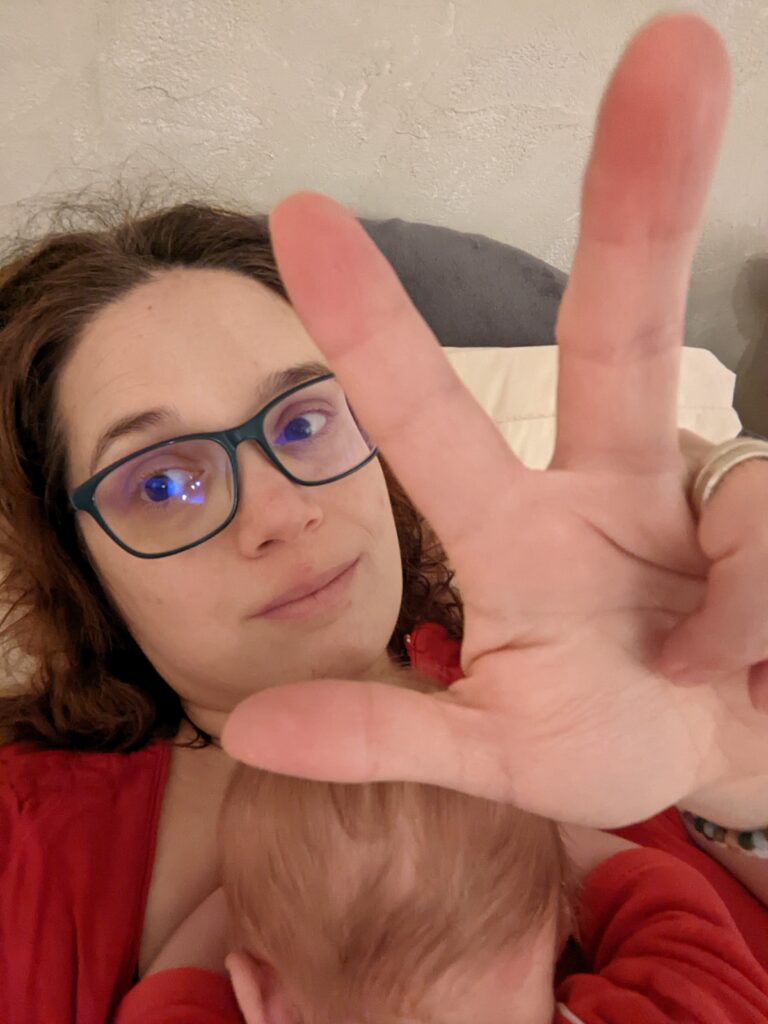 Renewing with a rhythm, being more in control of my emotions, being a better communicant… All this helped me to live more peacefully my day to day and enjoy the little things.  Celebrating the Epiphany, watching Little H wearing the crown, watching Tv on the evening, helping Mr A on his homework… All these little things make me more alive and give me a taste of what this new life at 5 will look like.

On Monday morning, I had my coaching session with Morrin. We worked on my New Year intentions. As it is usual with Morrin, this session gave me so much clarity, calm and desire to go ahead with my projects. Since this session, I’m much more empowered and on a positive journey.

In the evening I watched the finale season of my TV show A Discovery of Witches. I say it’s “my” TV show since, in 5 years, it changed my whole life and helped to reshape it. Now it is reaching its end, I feel like an orphan to lose that community and hobby. 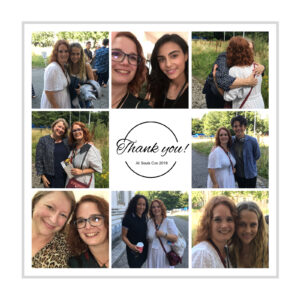 It’s the first time I took time to observe my body since I gave birth.

For example, I noticed  I eventually had a very thin linea nigra, my new stretch marks mingle with the old ones and my body looks more like myself.

I know the journey is going to be so long before I look like before my pregnancy. But I try to be grateful to my body for bearing life once again and for giving birth a third time despite everything.

With my no rhythm, I try to boost myself with my supplements such as Lovewell and Jolly Mama because I know how much breastfeeding is demanding for my body.

Some kind of routine !

The only fact to know what to expect for the day, how to divide the tasks, to find a way back to normal family life… It’s so soothing !

Mental health relies on little things : a few hours to sleep, a routine, some perspective … and everything impossible becomes possible again.

On the eve of my first month of postpartum, I realize how important is the Village and how it is essential to have a team to support you.

My 28th week of pregnancy

My 6th week of pregnancy

My 19th week of pregnancy